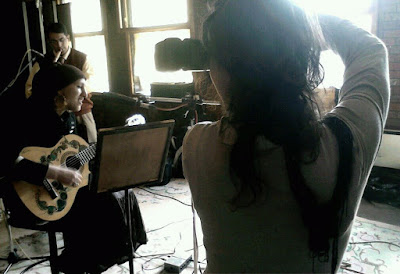 The Declaration Kriol Project is embedded research projects funded by AHRC Transmitting Musical Heritage project, by university of Sheffield. The Community Partners of Transmitting Musical Heritage are Arts on the Run, Babelsongs, and Soundpost Community Network.</span>
These organisations represent the range of musical experience occurring in Sheffield from refugee musicians, to long term residents with roots elsewhere, to indigenous traditions.

Tony Bowring is the creative director (and bass player).  Arts on the Run is a broad network of individuals and organisations across the Yorkshire &amp; Humberside region with a common interest in refugee-related arts. This new Network was established in 2010 with the aim of using the creative power of the arts to promote social inclusion and integration. (Contact Tony Bowring:  tony.bowring@artsontherun.org.uk)

There has been 5 live studio recording sessions so far.  Each music piece is composed and recorded in a single day, at each session. It is a fascinating project to be involved.

The main starting point of the main project is "Music is a cultural product of society, a sonic reflection of ideologies and behaviours – a performative heritage.  When musical sound is transferred from player-to-player, or player-to-audience, we question what of this cultural meta-data travels with it, and how." More details can be found at :  http://musicalheritage.group.shef.ac.uk 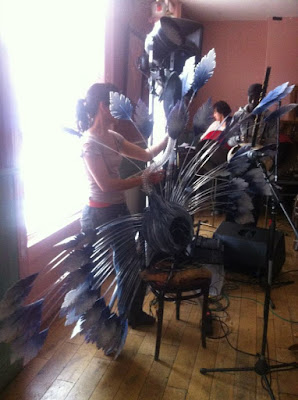 When the members of the band have different mother tongues and musical heritage, so that the technology forms part of the ongoing cultural negotiation, software developer Alex McLean is developing computer language. The technology he is making will form the voice of an “avatar”, which will be created by puppet maker Emma Powell, and which will join the band on stage and will be operated by me. So the technology will literally contribute another language (can be called pseudo-language). The project is using the <a href="http://www.ohchr.org/EN/UDHR/Documents/UDHR_Translations/eng.pdf" target="_blank"><strong>Universal Declaration of Human Rights</strong></a> (the most translated document) as inspiration.  (Alex McLean <a href="http://yaxu.org/declaration-kriol/">http://yaxu.org/declaration-kriol/</a>)