I could write two posts to describe the amazing space that Trelex Amazon and Rainforest Expeditions provided for us, one for Refugio and one for TRC (Tambopata Research Centre.) The lodges are incredible. Being in a jungle and far away from the world is an exhilarating experience. Having a whole month in the rainforest and in this environment allowed me to relax and absorb the space, the people, the jungle and myself.
The art of exploration could not get any more comfortable and luxurious.Was I spoiled? Yes, very much so and I love the memory that stays with me.


I developed 2 major bodies of work during my residency in the Amazon at the Rainforest Expedition Lodges. One of them is a photography series and the other one is experimental electronic soundscapes.

Experimental Soundscapes: Ayse Balko, Amazon, Come To Tower With Me 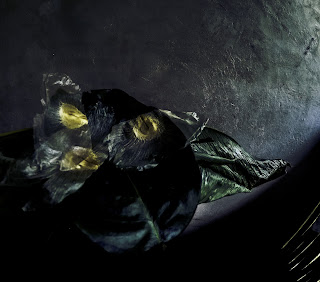 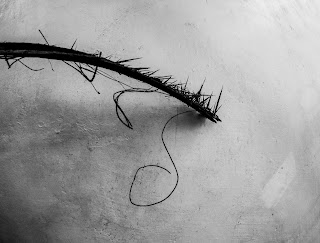 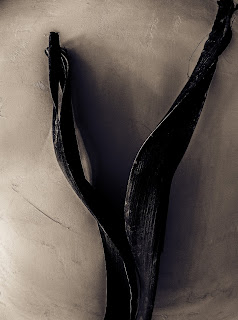 I explore identity and memory.  A month in the lodges allowed me to absorb and reflect. Allowing the materials to form their identity in my perception.  Early in the morning waking up with a thunderstorm, macaw calls and the sound of howling monkeys. Watching Hummingbirds, listening to frogs, walking through the trails, laughing with spider monkeys, amazed by Peccaries, being thrilled by the sounds coming from the deep darkness at night became part of the daily living.

The cohesion/focus for the project came from the ordinary pieces laying on the ground level of the forest. The shapes formed by leaves, barks became the abstract sculptures. They were the invisible force drawing me to a clarity. Each piece had its own lifespan. The displacement of a seed holds the hopes of a tree for a new start, a continuation of its memories.   A leaf has the same memory as the bark it was once connected to.  The smell of caramelised fresh fruits, some dried, nutritious, poisonous textures of the ground arises. This is the story of the Amazonian Basin.

A bark fallen from the hight of a palm tree holds the same memory as the palm tree. It remembers a spider monkey passing by and the heavy storms of last month.

During my walks around the trails, I started to record sounds and collect pieces from the ground. By bringing them into my space, I re-define the forms.  Bark used to support a fruits, seeds, leaves became the symbol of my exploration of identity. A new life form was about to wake up through the act of displacement. My space was re-defining the form.

The new life is a concept and it only exists in the conceptual world.
Each object I picked up has a relationship with me and my walk on the day we met in the jungle. A collection of memories, piling up objects until the light in my heart is ready to release what it holds.
During the residency, I learned to confront my anomalies. My loss of memory, my anxieties are part of my work. The relationship formed between me and some of the people I met during my residency enabled me to remodel my work. I ferret out the core themes of my artistic practice through immersed conversations with some of the guides, artists, biologists, neurologists, doctors and many more friends at the lodges. I would like to thank them for the invaluable insight which they have generously granted me.

What happens to the space held by a memory after it is removed, displaced or forgotten?